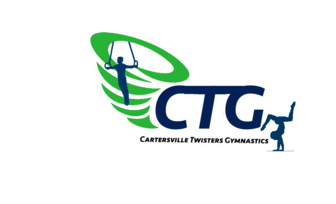 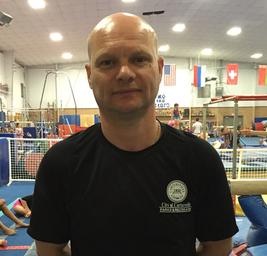 Coach Angela began her coaching career in 1986. While furthering her education in NYC, she continued to coach while training at the most highly-acclaimed art and dance schools in the city.  Shortly after performing as a gymnast in a Chinese Off Broadway, Angela married and started a family.  Not wanting to raise her children in New York City, Angela began working for Cartersville Gymnastics in 1999 with the developmental and preschool programs. Angela has been a member of USA Gymnastic for most of her life; first as a gymnast and then as a coach and a judge. Angela is now our Developmental Gymnastics Program Supervisor. ​ 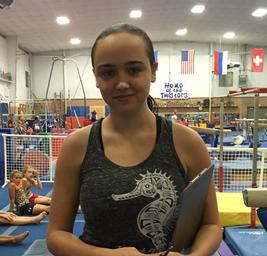 Coach Andrei's gymnastics career began in Russia at the age of 7. During his 14 year competitive career, Andrei competed and won meets throughout Europe. He was a great success as a winner at the National and International Championships.  When he attended University, Andrei began coaching. During is 15 year coaching career in Russia, he worked at the Gymnastics School of Olympic Reserves and was part of a team of coaches that taught National Champions. Since coming to America in 1996, Andrei has been the head coach for the boys and girls program at Cartersville Gymnastics bringing  gymnasts to great success in state, regional and national levels- to include competitors in the last 6 USA Gymnastics Junior Olympic National Championships.  Coach Andrei is also a seasoned judge for the men's program and has been honored by the Georgia Men's Coaches and Judge Association by being voted Compulsory Men's Coach of the Year for the 2009-2010 season. 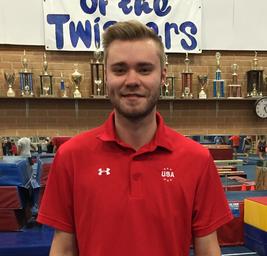 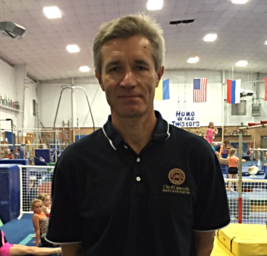 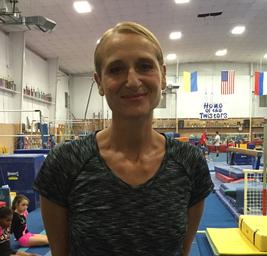 Our coaches make the difference.

At Cartersville Twisters Gymnastics, we believe that success is measured not only by your performance but also by the lessons you learn to help you reach your life's goals. With dedication, excellence is earned and success is always within reach.

Coach Yuri's livelihood in the sport of gymnastics started at the age of four in Cartersville.  Competing for 15 years, he won numerous state and regional competitions.  He was also in a Disney Channel commercial to promote the sport.  After successfully ending his gymnastics career, Yuri became the Boy's Head Coach in 2010 and has successfully coached state, regional and USA Gymnastics Junior Olympic National Champions.  Coach Yuri's dedication and expertise shows in the success of his gymnasts. In 2011,Coach Yuri was honored by being voted Georgia Gymnast of the Year for the 2010-2011 season and in 2013 Yuri was voted Georgia State Compulsory Coach of the Year and optional coach of the year for the 16-17 season.

Coach Galyna was born in the Ukraine where she was an elite level gymnast.  In 1974, she graduated from the Moscow State College of Physical Culture and Sports.  Along with 35 years coaching experience, Galyna coached Liliya Podkopayeva in the 1996 Atlanta Olympic Games where Liliya won silver medals on Floor and Balance bean as well as a gold medal as the Olympic All-Around Champion.

Coach Louiza started coaching with the Twisters in 1998. During this time she has prepared over 50 Compulsory State Champions. Currently, she is coaching levels 1-6, focusing on Beam and Floor Exercises. With her distinct style and sense for music choice and choreography, her gymnasts stand out with their grace during competitions. 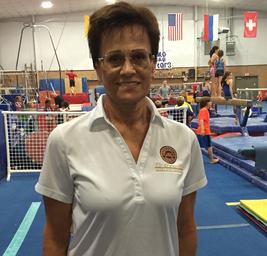 Coach Sam started his gymnastics career with the Cartersville Twisters at the age of 8. After 10 years of competing and winning numerous state titles and qualifying for regional and national championships, he took up coaching the compulsory boys program here at Cartersville. Since then, he has produced numerous state and regional champions. His accomplishments in the gymnastics community were recognized when he became the 2017 Georgia State Compulsory Coach of the Year at the young age of 20. ​

Carissa was coached by Coach Sasha and Coach Louiza. Carissa competed as a Cartersville Twister from 1999-2004. She moved to Alabama where she continued her competitive gymnastics at Alabama Starz.  When she returned to Cartersville as a freshman in high school, she competed all 4 years on the Cartersville High School gymnastics team. She also began working as an instructor for Cartersville Gymnastics. Now 22 yeras old, she has 4 years coaching experience with one year as a Rec Team coach. ​ 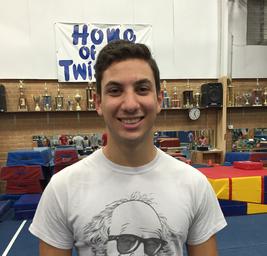 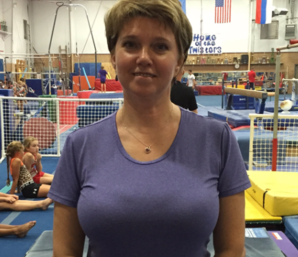 Coach Sasha has had a brilliant gymnastics career. Starting in 1979, he moved to St. Petersburg, Russia with his coach to train at the "Dinamo" Sports Club.  As  a member of the Russian Junior National Team and the Senior National Team,  he won multiple Regional, Junior & International Championships. He was a member of the 1st place team at the European Championships where he placed 1st on Vault.

In 1990, he received the title of "Master of Sports at the international level."  From 1994-1999, while coaching in Poland, his team won the championship of Poland along and numbers of his gymnasts competed on the Senior National Team.  He has a Masters Degree in Gymnastics from St. Petersburg Lesgaft State Academy. He has coached for Cartersville Gymnastics since 2003.